Newly announced for the Main Stage line-up on Saturday 1 September, are Josh Osho and girlband Parade

Josh Osho is about to make one big name for himself with the forthcoming release (on 25 July) of his collaboration with Ghostface Killah, Redemption Days. An inherently gifted singer-songwriter who has one of the finest pop/soul voices to emerge from the UK in years, Josh’s life-story is packed full of the stuff films are made of; in and out of home at 16, dealing drugs from a notorious half-way house (Ebeneezer Hotel) at 17, signing a record deal at 18 and finding himself recording with two members of the Wu Tang Clan at 19. It is true to say Josh’s life really was saved, from a darker route, by music. 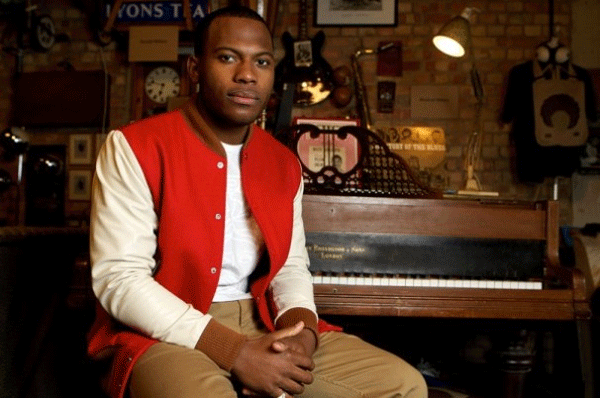 Formed away from the media gaze of a TV talent show, the girls have been working from the ground up, supporting a wealth of established names including, in 2011 alone, Shakira, Alexandra Burke, Black Eyed Peas, Westlife, Boyzone and Shayne Ward. Earlier this year they joined The Wanted on their massive arena tour and also performed at T4OTB, Wireless Festival, the Isle of Wight Festival, MTV Isle of Malta, T In The Park, V Festival and Leeds Pride

Amassing a loyal base of 40,000 Twitter followers and 30,000 Facebook likes, Parade stormed into the UK charts in 2011 with their debut single ‘Louder’, an infectious pop tune that glided into the Top 10 and accumulated more than 2.3 million views on YouTube. Follow-up ‘Perfume’ was another smash hit and also notched up a seven-figure play count online

New to the Main Stage line-up on Sunday 2 September is Intensi-T, an artist whose skill which must be seen to be believed; very much understated but extraordinarily vocal with heavy, hard hitting electro-pop beats fused with thumping bass-lines, all bellowing from his vocal cords, with just a mic and a loop pedal. Intensi-T’s stock is rising fast having recently performed with Ed Sheeran, opened for Boys II Men at the O2, collaborated with Rizzle Kicks and Sway, as well as at the Guernsey Festival and with Girls Aloud star Nicola Roberts at T4’s T on the Beach event

In addition to the line-up of top music stars performing at the festival, one of the biggest, most successful model agencies in the world, NEXT Models – who represent supermodels Arizona Muse and Karlie Kloss, as well as talent including Professor Green – is set to deploy an army of talent scouts to the event later this summer

This year, ‘Weekenders’ (Campers) will also be able to enjoy a pre-event party, on Friday 31 August, with an exclusive, intimate set by renowned DJ, Jaguar Skills, late that night in the Warehouse, as well as being treated to further exclusive after-show parties in the Warehouse, performed by B Traits and Breakage on the Saturday night, and RATPACK on the Sunday night

Sundown Festival spokesman, Dion Clements comments: “The latest additions to the line-up are fast rising artists in their own right, making a real name for themselves on this year’s festival circuit and we’re pleased to be a part of that growth, offering music fans a real chance to see these artists before many people may have even heard of them”