Home > Festivals > Back to the Phuture returns to Bestival 2012

Very much a Thursday night institution, Back to the Phuture travels through time joining the musical dots of the past, present and phuture in their own immaculate style. As ever, the line-up is second to none featuring previously announced long time Bestival cohorts Hot Chip, the governor of all things synth Gary Numan, the super-hotly tipped Alabama Shakes, electronic music pioneer and inspiration to a generation John Foxx and the Maths and electro rockers Killaflaw. There will also be floor smashing DJ sets from The 2 Bears, acid legend Adamski and Back to the Phuture’s own Mark Jones. 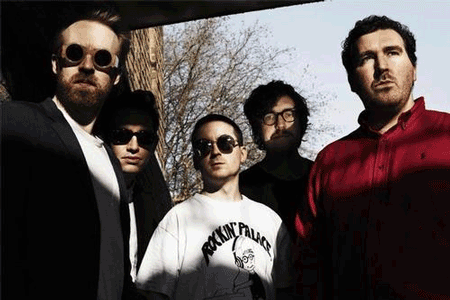 Everyone in the Bestival Bunker is well excited about Parisian genius Brodinski coming to Bestival. A man after our own hearts Brodinski’s taste is as wide as our smiles when we’re reaching for the lasers at one of his gigs, covering filthy techno, bass heavy house and minimal vibes. You know you have to be there when he raises the roof! Anyone who knows their onions when it comes to dance music will know that Gilles Peterson is an utter legend on a quest to find the perfect beat and we’re jolly pleased that he’s taking his search to the Isle of Wight to exhibit his impeccable taste for all you lucky Bestivalites. And that’s not all, as Redlight will be navigating the space between house, bass music and beyond, smashing it up with his jet-propelled bangers, jungle pioneer Shy FX will be there in full effect, plus there will be deck wrecking action from Dalston doyens Gutterslut, glitchy Dubstepper Zomboy, cut and scratch monster Krafty Kuts, edit-genius Duff Disco, bhangra chief Sonnyji Presents Bang Bhang, cosmic disco dude Flying White Dots, and local boy done goodKaf-Tan.

We’re also delighted to announce that Bestival will be teaming up with Exit Festival to take part in the Association of Independent Festivals (AIF) Twin Festivals initiative. Deriving from the popular ‘twin towns’ concept the scheme aims to create a cultural exchange between the UKs leading independent festivals and their international counterparts and both festivals have plenty of ideas up their sleeves to benefit both artists and festivalgoers from Serbia and the Isle of Wight this summer.

Says Rob da Bank: “I’m so pleased that we're twinning with Exit – my one visit there has stayed lodged in my festival brain as one of my favourite memories…playing records in an old fort to the most hedonistic party people this side of …well Bestival! So much energy, good vibes and great acts playing – hopefully something that we share with Exit at Bestival. Long may we be brothers and sisters in sound!”

Says EXIT General Manager Bojan Boskovic: “We are so excited to be twinning with Bestival this year as we have watched it bloom from a wonderful ethos into one of the largest and most musically exciting festivals around! Bestival has a great energy, an immense and interesting line up and who can compete with the unique ideas and artwork each year. Exchanging acts and ideas, we also hope some of our followers will make the journey to Bestival and we look forward to welcoming Bestival fans to our crazy fortress”.

To benefit local artists each festival has put forward acts to swap and play at each others events. The Playground Syndicate will play at EXIT and The Good Guys will play at Bestival. Each act will also blog about their experience playing at the twinned festival.

Hailing for the Isle of Wight, The Playground Syndicate are made up of 2 DJ’s (Elmo & Beavz) and the visual brilliance of the A.V Circus. These boys are seriously talented individuals and when they come together they are a mega force, twisting your mind with warped visuals, DJing with huge creative energy and reinventing the tunes they play within the mix.

DJ duo The Good Guys aka Bojan Cizmic and Andrija Kovac play a mixture of electronic folk, guitars and samplers with no boundaries and are rising stars in the Serbian underground electronic music scene.  With over 30 productions under their belt covering a range of styles from folk trash to nu rave the pair have broken out of their native Eastern Europe and are now playing gigs all over the world.

Twinned festivals will be sharing not only artists and expertise but also audiences, as 10 lucky competition winners will be given the chance to experience the twin festival in action.  And one lucky winner from each festival will also get the chance to win a trip to the twin festival with travel and accommodation for them and a mate. Announcements will follow on both festival websites in the coming months with more information and how to enter.

Now in its third year the AIF scheme has gone from strength to strength with participating festivals successfully building local awareness of their twins through cross press and marketing promotions. As well as sharing links on their websites, twinned festivals also include twinning information on flyers, marketing materials and in their PR campaigns to local media and once their own event has sold out help to market their international twin through their media channels.  Talent discussions have helped to co-ordinate bookings of international artists and further reinforce the fundamental values that unite the festivals.

Taking place from Thursday 12th – Sunday 15th July, in the magical Petrovaradin Fortress overlooking the river Danube, EXIT continues to deliver the most adventurous and value for money festival experience, with a diverse and cutting edge line up, cheap food and drink onsite and the best campsite entertainment whilst bathing in the hot Balkan sunshine.  Tickets are onsale now from only £95 for a 4 day festival pass. For more info and tickets http://eng.exitfest.org/

Sadly we have just heard that Azealia Banks is cancelling all of her summer shows in the UK and that includes Bestival but we have just confirmed an AMAZING new act to announce which we will tell you all about early next week and we still have our Friday night headliner under wraps, news of which will be coming soon, so keep on checking in at www.bestival.net, and our Facebook page and Twitter for all the latest behaviour.