UK ska exponents Imperial Leisure and live breakbeat act The Raged. There will also be a new stage at Nozstock this year, Tent of Temporary Thought, a proverbial literary feast which will appear alongside festival favourite Bantam of the Opera, a theatre stage by day and Velveteen Valley Caberet Lounge by night.

Sunderland post-punk power quartet The Futureheads burst onto the scene in the early noughties. After a string of releases it was their cover version of Kate Bush’s ‘Hounds Of Love’ that firmly etched them into the public consciousness garnering a No.8 slot in the UK singles chart. Since then they have released five critically lauded albums, launched their own label and picked up a legion of fans with their frenetic live show. Known for their blend of guitar stabs and rich, tonal four part harmonies, they are set to close Saturday night in style on the Orchard Stage. 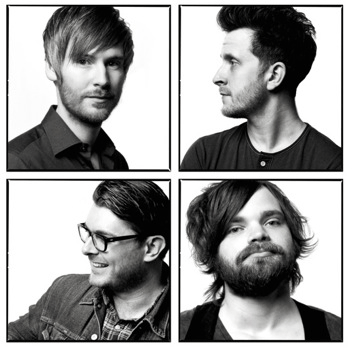 But it’s not just the music line-up that will delight this year, as there are many nooks and crannies and secret wooded glades to discover. During the day the Bantam Of The Opera tent offers a myriad of theatrical shenanigans where one can learn circus tricks, belly dancing and acrobatics or soak up puppet shows and side-splitting theatre. Midnight marks the start of the Velveteen Valley Caberet Lounge – tassels and glamour are in store here, featuring ring mistress Ophelia Bitz on Saturday in an eclectic mix of cabaret, humour, song and dance.

Elsewhere The Tent Of Temporary Thought will pop-up throughout the festival with a selection of the UK’s finest wordsmiths (such as the winner of the ‘UK young story yeller of the year’ award Rachael Rose Reid and leading Welsh poet Ifor Thomas) delivering a wide range of talks, poetry, spoken word and forums. For those who feel the creative itch themselves, the new and improved arts and crafts area is an immersive hotbed of fun featuring classes and demo’s of such forgotten arts as chalk carving, haberdashery, coppicing, spoon carving and blacksmith forgery.

They join the previously announced…

MUSICBORN from London host Friday night www.musicborn.com – elite bands from the London circuit with a mix of indie, rock and electro

Nozstock The Hidden Valley strives to bring a whole cornucopia of fun, games and happenings. 2012’s extravaganza will bring you:

This year Nozstock is working with UP FOR COMEDY? showcasing the cream of national and regional talent plus STAND UP AGAINST RACISM as part of the SHOW RACISM THE RED CARD campaign to raise awareness. Full line-up soon to be announced.

MASH Cinema have been organising events and screenings since 2002 and continue to promote art, film and music through their events locally and internationally. Over the past six years MASH Cinema has gained recognition for visual performances working with artists, musicians and DJs at events, clubs and festivals throughout Europe.

The healing and therapy area will be offering Thai massage among other healing therapies. It is run by www.yelenisupport.co.uk who will be donating a percentage of their takings to cancer patients and their families.

As ever, Nozstock will be creating a varied menu combining local delights with foods of the World. A plethora of tasty meals and snacks will be offer with a chill out café for those seeking coffee-scented sanctuary.

Gates open at 9am from Friday 27th July. Shuttle services will be on offer from local town Bromyard and to and from Hereford and Worcester before and after the festival.

ON SALE FROM JUNE 1ST