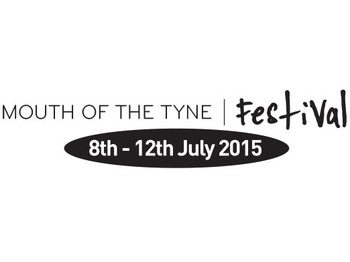 Mouth of the Tyne Festival

Mouth of the Tyne Festival, now in its 16th year, takes place in Tynemouth and features spectacular outdoor concerts at Tynemouth Priory and Castle, free world-class street entertainment, a jazz stage, children’s pageant, activities in Tynemouth Station and much more.

Keane and Lighthouse Family are the first artists to be announced for this year’s Mouth of the Tyne Festival.

Multi award-winning British rock band Keane have sold over 13 million records worldwide and are best known for hits including ‘Everybody’s Changing’, ‘Somewhere Only We Know’, ‘Is It Any Wonder?’ and ‘This Is The Last Time’. Their album Hopes and Fears remains one of the best-selling albums in UK chart history. They will play Tynemouth Priory and Castle on Friday 10 July 2020.

The Lighthouse Family was formed in Newcastle in the early 90s by Tunde Baiyewu and Paul Tucker who met while studying at university and working at the same bar. Their debut album Ocean Drive sold more than 1.8 million copies in the UK alone and are known for huge hits like ‘Lifted’, ‘Ocean Drive’, ‘Raincloud’ and ‘High’. The pop duo will perform at Tynemouth Priory and Castle on Saturday 11 July 2020.

The beautiful coastal town of Tynemouth is just 20 minutes by car from the bustling North East city of Newcastle upon Tyne. It has been declared ‘Best Coastal Town in Britain’ by Rough Guides and one of the UK’s best places to live by The Times. There’s a strong surf scene and the area boasts nationally acclaimed places to grab something to eat like Riley’s Fish Shack on the beach in the shadow of the Priory.

A stunning series of sandy beaches stretch along to the famous seaside town of Whitley Bay where the seafront and Spanish City, made famous in Dire Straits’ Tunnel of Love song, have been the focus of a £36million regeneration programme. Mark Knopfler grew up in the area and recently returned to visit the iconic building for a Sky Arts programme alongside another North East legend – ACDC’s Brian Johnson. Some of Mark’s song lyrics are etched into the walls nearby.

Around 6 million people visit the area every year including thousands of overseas tourists who arrive on cruise ships into the River Tyne.

“It’s great to secure these big-name artists and to see them play in such a spectacular venue”.

“The Mouth of the Tyne Festival attracts over 100,000 visitors each year and always provides a big boost the local economy and increases tourism to the borough – supporting our commitment to making North Tyneside a great and prosperous place to live, work and visit.”