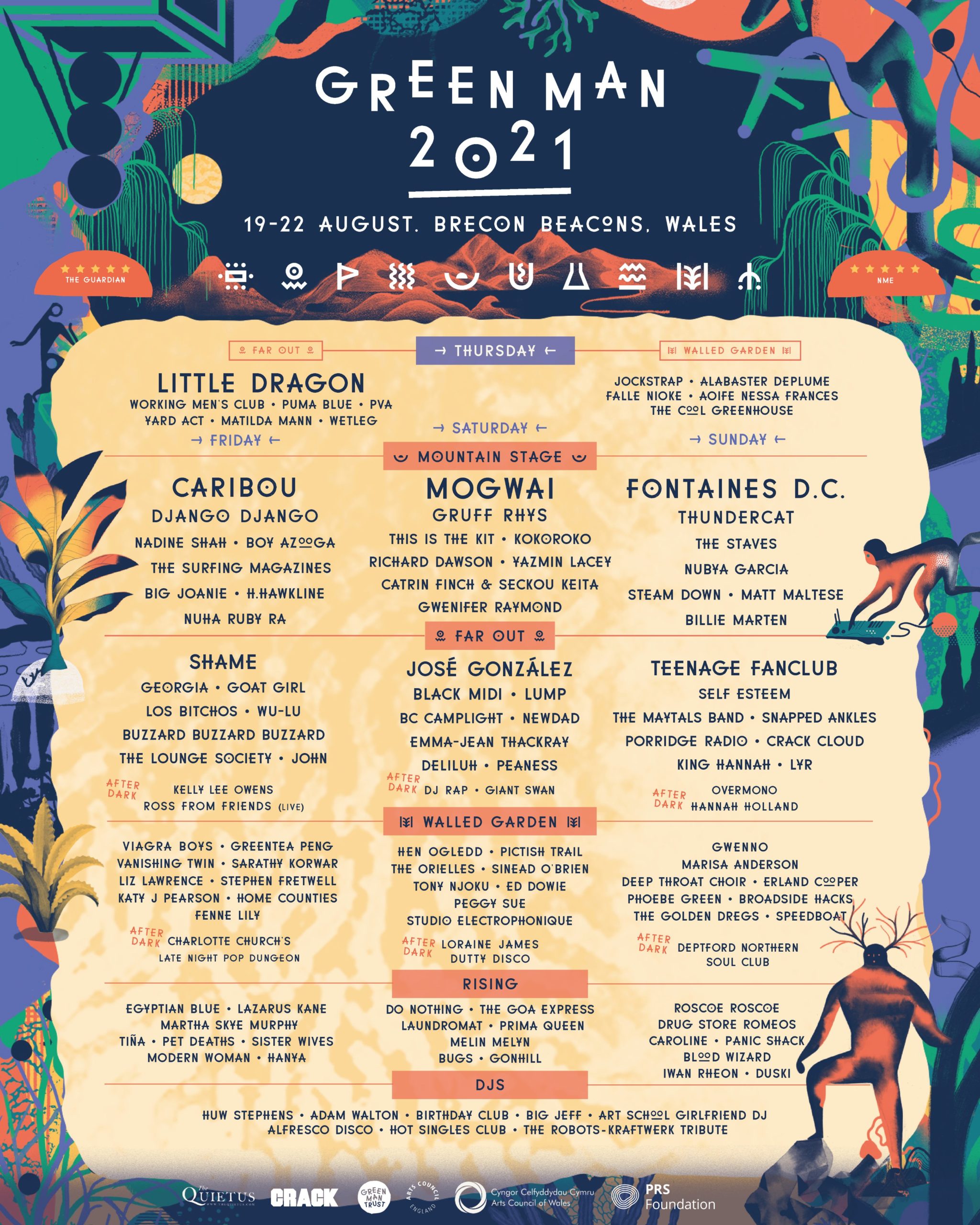 Great news – Wales’ best music festivals has been given the green light to go ahead next month.

The Green Man festival will welcome people back to the Black Mountains in Powys on 19 August for its 19th year.

Despite tickets selling out, the line-up is simply stunning, as we’ve come to expect from Green Man. This year, you can look forward to seeing:

Opening the festival on Thursday, will be Little Dragon. Little Dragon is a four-piece electronic, neo-soul, synthpop sensation from Gothenburg, Sweden. The group met in high school in 1996 and have been delighting audiences all over the world with their unique blend of trip hop and electro-pop ever since.

Friday night headliner is Caribou. “There’s a kind of magic about Green Man – both that I’ve experienced myself in the past and that I hear about from friends who go every year,” Dan Snaith – aka Caribou – said in a statement about their headline set. “I feel very lucky that we’re going to headline this year.”

One of the many highlights is post rock tour-de-force Mogwai. “We are delighted to be playing Green Man festival,” said Mogwai’s Stuart Braithwaite, “We’ve been looking forward to making a racket in the countryside for a long time and can’t wait to do it at Green Man, one of our favourite festivals.”

On Sunday night, are Dublin’s finest Fontaines D.C. playing their first festival headline slot. Set to perform songs from their acclaimed debut album Dogrel and follow up A Hero’s Death, the exciting post-punk band close the festival on 22 August.

Other acts that will be familiar to a Welsh audience include Charlotte Church, Gwenno and Gruff Rhys, who has had a long career both with the Super Furry Animals and as an outstanding solo artist.

Flintshire native Kelly Lee Owens will also be bringing her own brand of techno pop to the Black Mountains event following the release of her second album ‘Inner Song’.