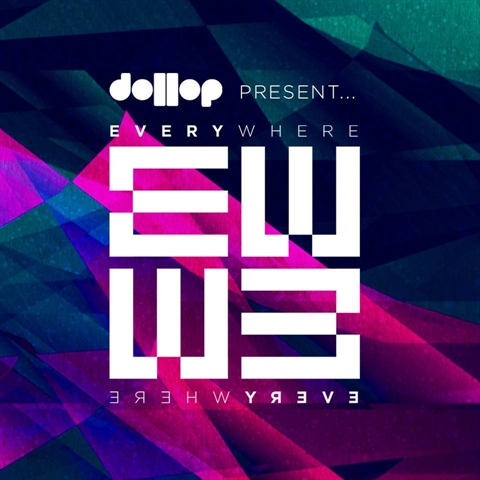 event in the East Midlands returned to the clubs of Nottingham for its third successive year on May 3rd.

With an eclectic selection of artists and DJs, the tastes of many were catered for with dollop

presenting acts to satisfy the most passionate of electronic, house, techno, grime and garage lovers.

Leeds’ Hot Since 82 performing at Forum, came newcomers such as garage and grime goddess Flava

D adding a sense of rhythmic bass to Rescue Rooms.

Rescue Rooms set off Everywhere 2015 with a day party from 2pm, switching at night to a line-up

with an urban edge, with Melé concluding the evening with a bass-fuelled set, contrasting the

infectious house and techno pumping throughout the other venues.

It was Rock City’s main hall that attracted the largest crowds of the evening, as the masses crammed

themselves onto the dance floor and along the balcony.

Redlight gave a sterling performance, driving anthemic beats throughout with popular hits such as

Gold Teeth & 9TS ensuring the crowd continued to beat the air throughout his set.

“Notts was sick,” he said upon posting a picture of the audience after his set to his Instagram

Followed by highlight of the evening Hannah Wants, who kept the masses of 20-somethings

shuffling on their feet with her cleverly driven DJ set, a seamless mix of renowned original work such

as Rhymes and clever remixes of old-school classics such as Renegade Master.

Her bold determination towards the end of the night left many a sweltering and heaving mess.

drip from the booming speakers upon the waning crowds.

Stealth offered a wind down from the smoke machines, flashing lights and visuals, as the survivors

swayed to the beats of Chunky, Paleman and Loefah, proving a more calming finish to the evening.

With bass pumping through the mind, bodies and souls of revellers for eight hours straight, most will

still have a ringing in their ears today.

For the partygoers of the Midlands, it is a good thing that it is a bank holiday weekend.