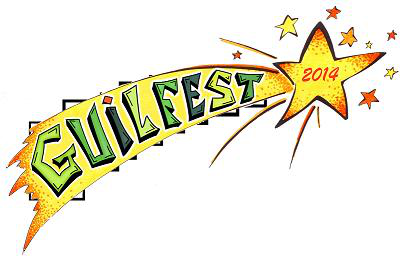 After a year out, Guilfest returned with a bang to entertain with resounding success. The forecasted thunderstorms somehow avoided Stoke Park and apart from a few fat droplets, audiences basked in the heat of the weekend and took full advantage of all nine stages,

Guilfest may not have banked all the big names it could have, probably due to the gap year of red tape restrictions (and to predict the ticket numbers would be as difficult as Michael Fish predicting a storm) but there was certainly enough amazing music and entertainment for any festival goer (and their brood) to boast a rocking weekend.

Arriving Friday, it seemed quiet, but the punters soon gathered on Friday evening to see The Boomtown Rats, Fun Lovin’ Criminals, The Farm and Sham 69 to kick-start the weekend.

Guilfest catered for most tastes with the smaller Big Cheese and Vive La Rock stages throbbing with Punk, Ska, Metal and alternative bands, to help audiences forget the working week. Sham 69, Buzzcocks and Ruts DC were sharing jack leads with new up and coming bands, packing out the tents so that the audiences were bulging around the edges every night.

The ACM (Academy of Contemporary Music) stage was a great show of local talent: where new artists climb the ranks to make the main stage with a mix of special guests thrown-in including Roni Size.

The Good Time Guide Stage provided real rivalry to the main stage. Headlining on Sunday were Boney M taking audiences back to the 70’s and surprisingly announcing that they sang ‘No Woman No Cry’ before Bob Marley and performed a fantastic version along with all the hits giving everyone from 6 to 60 a chance to boogie and wiggle the balmy night away.

Juggling your viewing strategy was tough as there were often two or more cracking bands on at the same time on different stages but a swift trip between performances gave the opportunity to see a bit of Space, Public Service Broadcasting and Dreadzone and still benefit from the main stage atmosphere.

Friday day held great sounds from the likes of Doors Alive and Radio Riddler and all credit due to the artists to hold up the audience on the build up day when the crowds were still forming and the temperature was hitting a 30 degree high. I do struggle with crowds sitting around reading the Telegraph when there is a banging band on, but nonetheless the crowds grew by the minute creating a big atmosphere for the headliners.

Friday night rocked with charismatic Huey Morgan and the Fun Lovin’ Criminals blasting their alternative Hip Hop sound across the field getting everyone on their feet. The Boomtown Rats on full PA with Sir Bob strutting his stuff in some spangley getup, came on to close the night and fired on all cylinders with some great new-wave sounds as well as pounding through hits ‘Like clockwork’ and ‘Rat Trap’. The sound was good and still punky and for punters who remember ‘Tonic for the Troops’ were sent home happy festival goers.

Sunday night’s finale came around quickly when The Human League took to the main stage. The Sheffield band looked fresh and iconic on their neon dressed stage. They absolutely delivered to an excited audience and every song was a driving synthpop melody stirring our 80s nostalgia to the hilt. ‘Mirror Man’, ‘Don’t You Want Me’, ‘Love Action’ and all their hits reminded the crowd how good the songs still are and holding the test of time.

A perfect encore of Being Boiled ( their 1st single in ’78 ) followed by ‘Together in Electric Dreams’ produced by  none other than Giorgio Moroder was Phil Oakey’s greatest triumph and a fitting close to a very successful return of Guilfest.

Check out Mark’s preview of this years Guilfest.