Deep in the heart of the valleys of Herefordshire lies a small farm, a farm belonging to a man they call Noz. But this is no ordinary farm. For one weekend only it transforms into a musical wonderland and becomes Nozstock: The Hidden Valley.

This family-run event is the product of what originated as a small summer barbecue amongst friends. 12 years later and Noz’s farm now invites 5000 members of the public for a music and arts extravaganza.

Greeted by an assortment of fancy-dress outfits, we couldn’t help but smile at the laid back atmosphere of this family run festival. The words eccentric, colourful and quirky immediately sprang to mind upon our exploration of the site, which boasted all sorts of comical signage and hippie artwork.

The 9 stages that form the main arena included 3 main stages, 3 dance areas, 1 comedy tent, 1 theatre tent and a crafts area. Despite being a relatively small festival, there really is something for everyone. Entertainment is provided for the youngsters in the Little Wonderland area, as well as the numerous workshops and theatre shows that occur throughout the weekend. Kids can even challenge each other to a sock-wrestling match in the Enchanted Glade area!

Head on over to the opposite side of the site and find quite a different scene. A converted bull pen forms a 2-stage dance area and a short walk down the “psycho-path” will lead you to the Cubicles – a psychedelic rave stage that hosts tribe of frog. These areas run day and night, so those who are hardcore enough can spend the entire weekend flying high in a rave daze.

Onto the mainstages in the central area, and for Friday’s line-up it appeared that a brass instrument was a compulsory requirement. Ska band after ska band took to the Orchard stage as the crowd danced into the sunny July afternoon. A surprising highlight was ‘By The Rivers’, an unheard of group of teenagers who blasted out some hip-shaking tunes.

As evening fell and the crowd became increasingly merry, more and more joined the party at the mainstage. The penultimate act of the evening, Imperial Leisure, joined in the fancy dress fun of Nozstock and took to the stage sporting animal onesies – although with this years theme being myths and legends they didn’t quite fulfill the brief, but it was a solid effort nonetheless.

Dreadzone were Friday’s headline act and they certainly drew the crowds to the mainstage. Time seems to have taken a slight toll on the band, who stayed sitting down for the entire performance, but thankfully this had little, if any, impact on their performance. They blasted out classics such as ‘Life, Love and Unity’ and ‘Zion Youth’ and hyped up the crowd for the long night of dancing that lay ahead. 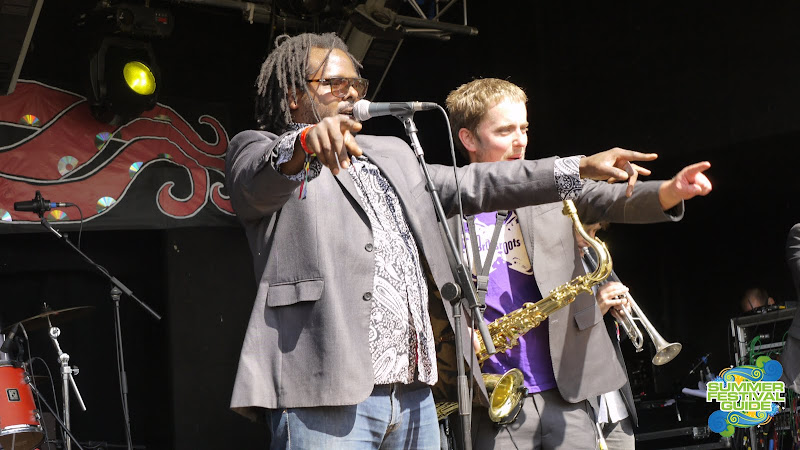 Midnight struck and it was time to get hardcore. Zinc took to the Garden stage as ravers threw out some impressive shapes. Down in the trees at the Cubicles stage the UV lights and hanging butterflies created an incredible psychedelic atmosphere that would leave even the sober members of the crowd in a slight headspin.

Things kicked off again at around midday on Saturday as people slowly dragged themselves out of their hungover state. Toilets were still surprisingly fresh and clean – a feature of Nozstock that certainly deserves some considerable praise. Situated in an undercover section where the toilets line a cosy area of sofas, the toilet experience at this festival is almost a pleasant one!

Saturday was another warm sunny day, so most chose to bask in the sun and listen to the music throughout the afternoon. Brassroots encouraged audience interaction and managed to bring the crowd to their feet. The introducer of each act also provided great entertainment throughout the weekend by sporting a painted pink boiler suit and filling in gaps by reciting comical monologues.

Saturday’s highlight, and arguably the overall highlight of the weekend, was The Correspondents. With a reputation for being a great live act, the pair certainly lived up to their status. The eccentric Mr. Bruce sported his usual bizarre attire and threw out some moves that only he could get away with. Expressing nothing but praise for the festival, the band seemed to be enjoying themselves almost as much as the crowd, which helped to enhance what was already a fantastic performance. Their set concluded with a stage dive from Mr Bruce, which left the crowd chanting “one more song” as they exited the stage.

Following this was a surprisingly impressive fireworks display and a bonfire over in the crafts area. The usual “oohs and ahhs” were expressed as the crowd enjoyed what was a pleasant gap-filler between acts on the mainstage.

The Futureheads then brought the Orchard stage to a close, which, although was a decent performance, almost brought a slight downer on the very geed up festival crowd. It was Saturday night and people were ready to party to Andy C – who was to perform an hour later – rather than listen to acapella Futureheads tracks. Through no fault of their own it was a slightly disappointing set, which unfortunately was the result of poor planning on the part of the festival organisers. 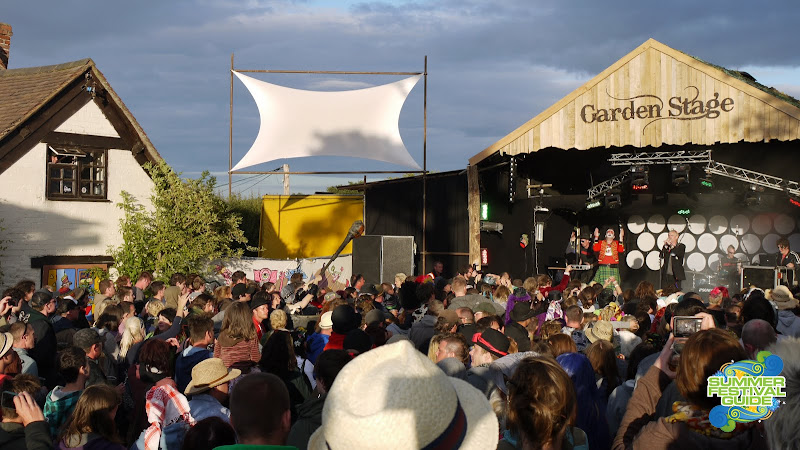 Sunday began with a couple of short rain showers, but by midday the skies had cleared and the sun was once again shining over Nozstock. Depsite being the final day of the festival, the energy was still very much alive in most people.

Biscuithead & The Biscuit Badgers were a hit in the afternoon. As their name suggests, the group were completely bizarre, with some members dressed as badgers and others as god-knows what! Their collection of comical songs expressing their love for David Attenbourough, triangles and biochemistry (to name but a few) certainly brought a smile to many faces.

Later in the day, as the weather continually improved to become another scorcher, Jake Bugg was a popular choice at the mainstage. The young acoustic singer was a perfect choice for a Sunday afternoon as the crowd listened intently to his country songs. Unfortunately, the following act, Son of Dave, was cancelled due to his late arrival – but the British train service were apparently the ones to blame for his no-show.

Closing the festival were the Proclaimers, who, at first seemed an unusual choice for the festival, but provided a cheerful sing-along performance. The duo brought Nozstock to its close and rounded off what had been a fantastic weekend in the hidden valley.

The only criticism of the festival was the occasional poor planning of acts on the two mainstages. Artists often performed at the same time, which left long 45-minute gaps between each set, and consequently left little else to see during this time. Luckily, however, the fantastic weather meant that this drawback was extremely minor.

Nozstock has previously been described as Glastonbury in its golden days, a summary which seems perfectly accurate for this little family-run festival (although my non-existence during these golden days may question the reliability of such a conclusion!). The lack of commercialisation is the very charm of the festival, along with its emphasis on local talent and green initiatives. Nozstock boasts a real laid-back vibe and is essentially the epitome of what a music festival originally set out to be.