Amongst sun glistened corn fields, just 50 minutes away from the hustle and bustle of London, the majestic Farr Festival is set. In its 9th year, this boutique festival boasts a pumping line up with beautiful surroundings and a like-minded, hedonistic crowd.

With a small scale yet fresh, inventive program featuring artists from across the electronic music spectrum, its capacity of just 3000 allows for high-profile acts to perform in unique, intimate settings. Comprising of just 6 stages, crowds can flock via dusty paths from one to another in no time at all, with no worries of missing one set over another.

A new addition to the grounds, The Factory, resonated industrial rave vibes with it’s stacked shipping container walls and was home to the headline acts of the weekend. Filled with 2500 ravers, highlights of the weekend saw Jacques Greene, George FitzGerald, Mount Kimbie and Hertfordshire’s own Maribou State smash the stage with their precise, imaginative and heart racing performances. Shy Fx, turned it up a notch playing tune after tune –  regressing onlookers to a moment in time of utter elation, resulting in a crowd of uninhibited, ecstatic dancers.

The woods, which boasted hot tubs, hammocks and artisan touches scattered among it’s charming aesthetic, was the go-to place no matter the time of day for and glitter engulfed good times. Mr G delivered a faultless, energised set, while techno masters such as DVS1 allure the crowd into a mesmerising trance that is hard to escape. Where noise limitations in previous years have occasionally let some incredible artists down, this year, the sound system did not hold back, blasting through until 6 am leaving no eardrum disappointed.

It would be fair to say that delivering talented artists and producers is this festivals priority, and oh how we danced, revelled amongst the copious amounts of dust and became a patron of the relentless heat to thoroughly engulf the amply versatile lineup. A highlight for many,  the World Cup Sweden vs England semi-final refreshed the festivals main stage on the Saturday into a viewing area for fans and meant that spirits were high throughout the whole festival.

A refuel at one of the many independent food stalls, and another scorching day saw hunee revitalising goers with his woven house, disco and funk selections. As the sun set, a live reel to reel tape set form the unsung electric pioneer Ramjac Corporation regressed the festival back to the heady days of the Summer of Love in 1988, with his own sampled beats from Atari, Emulator and dual records. An idyllic, closing choice for the last day.

“It’s like being at Glastonbury’ is heard bellowed over the fields as one attendee leaves the merch tent, and there are elements of truth within this excitable statement. Very little phones in sight, a consistent energy transpiring through the crowds and a sea of utterly beaming faces recycled the buzz of a festival built on real heart and soul. A rare find in 2018.

Summer 2019, sees the festival move into its 10th anniversary and the dates will be revealed soon, keep checking www.farrfestival.co.uk for more info. 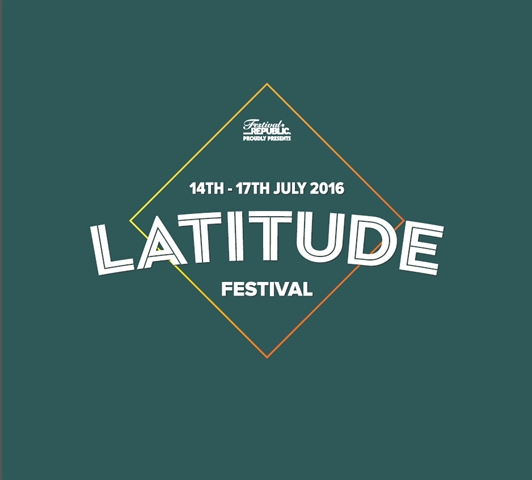 As the crowds roll in to Henham Park, Suffolk, the diversity of those in attendance is obvious. Families have ditched their usual Europe summer escape, festival virgin teenagers carry crates of Strongbow and enthuse each other to get as legless as possible and the religious yearly attendees bond with campers who they have met on previous years. The sun is beaming, the atmosphere is emphatic and there is a stir of excitement in the air; because this is Latitude and everyone knows what’s in store, a weekend of unforgettable music, weird and wonderful art and a community with one thing in common- to have a bloody fantastic time!

Singer and songwriter Lapsley kicks off the weekend of faultless performances on the Friday afternoon, encapsulating the crowds that flock with her ambient yet electronic songs. This is followed by the much awaited U.K  duo, Slaves who channel their despair of modern day life into charismatic punk and gritty 1970s pub rock. Renditioning favorites from old albums and new, fans are enigmatically dancing and full of satisfaction at the carnage on stage. The first night ends with a pleasing and well-executed performance from the Maccabees on the main stage. Despite their performance of popular songs like ‘Toothpaste Kisses’ their slow set list left some revelers wanting more and wondering if the Maccabees really were the right choice for the headline slot. As the sun sets, the kids slope off to kip, and the rest head to the woods for a set from Artful Dodger  followed by Mike Skinner and  Murkage which ignites a long night of raving continued. And suddenly, this is where it’s evident that no other small British festival quite manages to strike this balance between established names, shrewd gambles, newcomers and DJ’s.

Saturday afternoon, Daughter gives those with sore heads from the night before the perfect opportunity to lie back in the grass and stare into the blue skies in utter content at the perfection and raw talent of the moody folk trio.  Scottish electro-pop band Chvrches then produce one of the best sets of the weekend, their vivid, upbeat anthems slaying the Obelisk Arena. With ‘Never Ending Circles’ and ‘The Mother We Share’ being particular crowd pleasers.

The legendary Belgian electro-rock act Soulwax headlined the second stage on Saturday night. As a long running duo the set delivers a striking balance between highly anticipated new material and some pretty robust takes on their Nite Versions classics. As a 10 year old album, Its clear to all the sheer power music can have, as the young old and crazy get into tracks like ‘KracK’ and ‘E-Talking’ all together.

Getting straight into the mix with a knock out performance of ‘Don’t Swallow The Cup’, the only ever act to headline twice, The National, made latitude history on Saturday night at the obelisk stage. Enthralling the crowd with an array of music from all 6 albums, and Surprising everyone with a couple of new tracks, The National really shone through and it was obvious why they deserved this headline spot with their enigmatic and victorious set.

As the Festival rolls to an end, it just get better and better. Melbourne music scene; vocals hailing from the Melbourne music scene, Chet Faker kills it on Sunday afternoon, combining electronica with acoustic elements and soulful bliss.  Over on the BBC Radio 6 stage UK hip-hop pioneer Roots Manuva kept the tempo and spirits up high, the sea of hip hop fans reveling in every moment. As ‘Witness the Fitness’ began blasting through the tent he made sure to let us all know why he’s King of UK Hip hop.

Iconic Mancurian band New Order are the final headliners of the weekend and their set is much more electronically-orientated than in the past, with cuts from their new album like ‘Plastic’ and updated classics  like ‘True Faith’ and ‘Bizarre Love Triangle’ forming a faultless playlist. An encore of their signature song ‘Blue Monday’ and ‘Love Will Tear Us Apart’ tribute to their past as Joy Division, cause thunderous applause and bring a highly enjoyable festival to an end.

However, this little Festival hidden in the woods doesn’t only kill it when it comes to music, but also knocks the ball out the park with its array of theatre, comedy and arts acts. Surprising crowds over the weekend with attendance from the likes of Adam Buxton interviewing journalist Louis Theroux, and Florence Welch introducing her documentary ‘The Odyssey’.  And with this plethora of random theatre acts, surprise performances and surprises round every corner, Latitude Festival continues to go from strength to strength, reinforcing its status as the ‘biggest small festival’ in Britain.

For a weekend you will never forget, whatever your age and interests, Latitude has is all…. Including multi-coloured sheep!!