Although the ground was soggy, the air stayed clear for the majority of T in the Park, Scotland's biggest music festival. There had been a lot of anticipation with the change in venue from the usual Balado sight in Kinross. However it seems with a few “teething problems” set aside, Strathallan did not disappoint. With a promising line up of artists from Avicii to Noel Gallagher’s High Flying Birds set to headline, there was a very diverse weekend of music in store for Scotalnd’s festival goers.

The Cribs and The Wombats were the first to take to the main stage on Friday, offering a punk-rock vibe to get the crowd warmed up with their infectious energy. Tord Øverland Knudsen from the Wombats living up to his usual playful, crowd pleasing self. Meanwhile acts such as Blossoms and Indiana were pulling out all the stops in the BBC introducing and T Break stage.

Later on Annie Mac took to the Main Stage and had everyone up dancing for her first of two performances over the weekend. After her followed Hozier, performing his debut Album with hit song Take Me To Church amongst the set.

As Rudimental hit the main stage the crowd multiplied. Well known for their high energy live performances, drum and base group Rudimental put on a spectacular show, opening with Not Giving In. DJ Locksmith could not stop moving and his infection energy really rubbed off on the crowd. The DJ also pulled on the crowds heart-strings by dedicating a song to his son. Waiting All Night was a huge crowd pleaser and had everyone dancing and singing along. 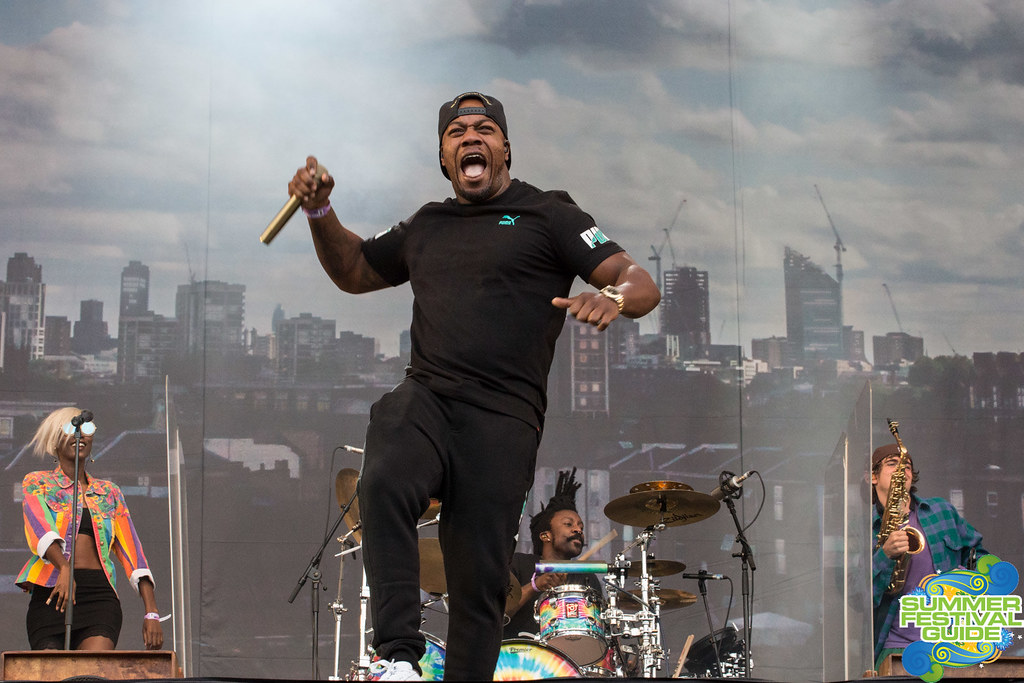 When Sam Smith took to the main stage, you could hear a pin drop over at the BBC introducing stage. The crowd were hung on his every word. He delivered a very sincere performance and stated how happy he is now he creates music true to himself. He thanked the crowd for helping this happen. Some reckon they even seen Sam Smith shed a tear during his performance.

Kasabian wrapped things up on Friday night headlining the main stage. As the countdown clock displayed on stage got lower and lower the energy in the crowd lifted higher and higher. With Bumblebee and Underdog being amongst the opening songs the atmosphere was electric from the beginning of the set right through to the end. Songs from Kasabian’s No.1 UK album Empire went down a treat and it was clear to see both the crowd and the band were having a great time. People headed back to their tents with Kasabian's bass line resinating in their bones. 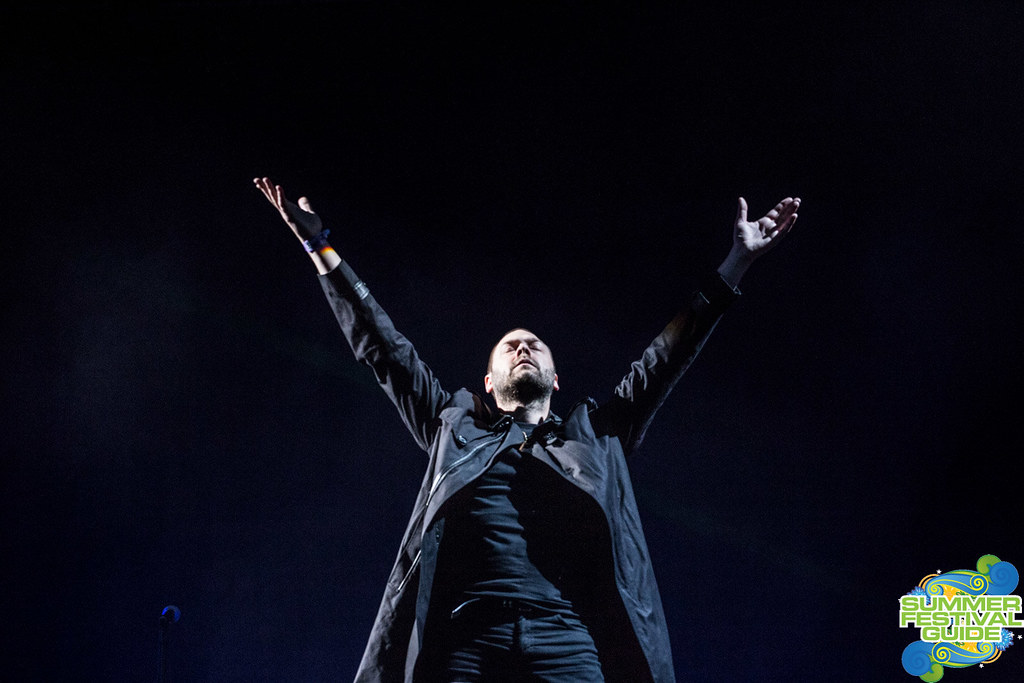 There were a number of early risers on Saturday morning who turned out to see acts such as The Lafontaines and The Strypes play. Later on pop-rock group Lawson took to the stage, getting the whole crowd singing along to songs such as When She Was Mine.

Jungle were a real crowd pleaser in King Tut’s Wah Wah Tent. A young boy took to the stage mid set and break danced which had the crowd going wild. Also performing in King Tut’s was St Vincent who delivered an intense and captivating performances. The set was accompanied by some spectacular lighting to add to the intensity of the performance. After St Vincent came Scotland’s pride and joy, The Proclaimers who attracted the widest age range. Delivering hits such as Letter From America and 500 Miles the Tent was full of good vibes and nostalgia. 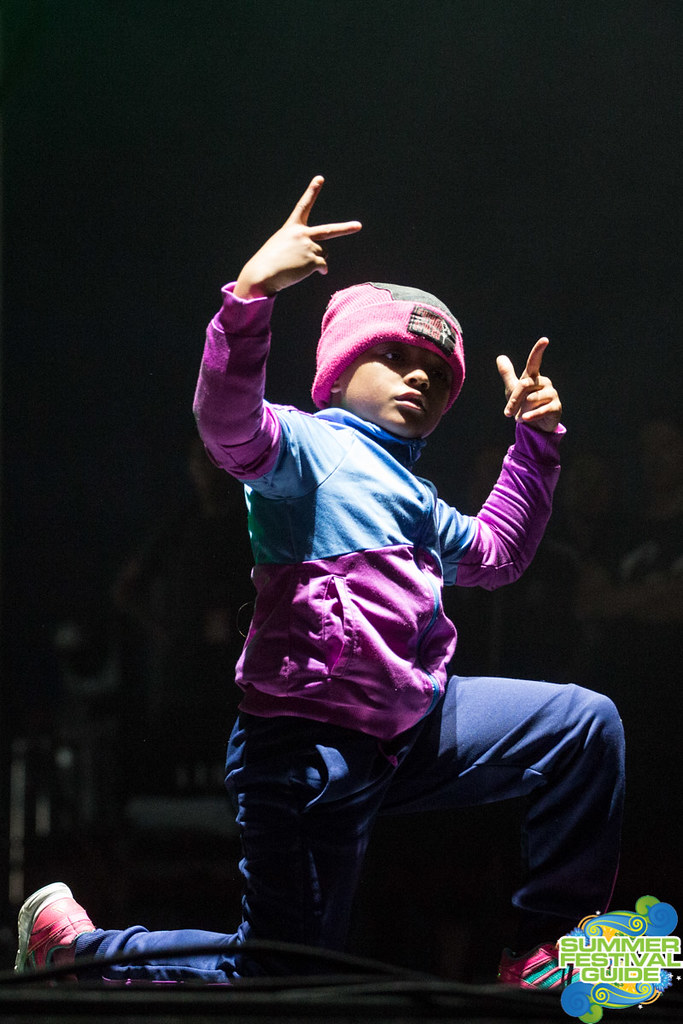 A lot of young excited festival goers gathered to watch The Script on the Main Stage on Saturday Night. Well known for his tendency to leave the stage and come down to the crowd, Danny O'Donoghue did not disappoint the die hard front row spectators. Girls were screaming and crying and doing everything they could just to touch the Irishman’s leather coat. Danny stated he loved to play gigs in Scotland as it was close to home and had the Celts in the audience raise their hand. Performing all of the classics alongside the more recent hits, The Script attracted an enthusiastic crowd. 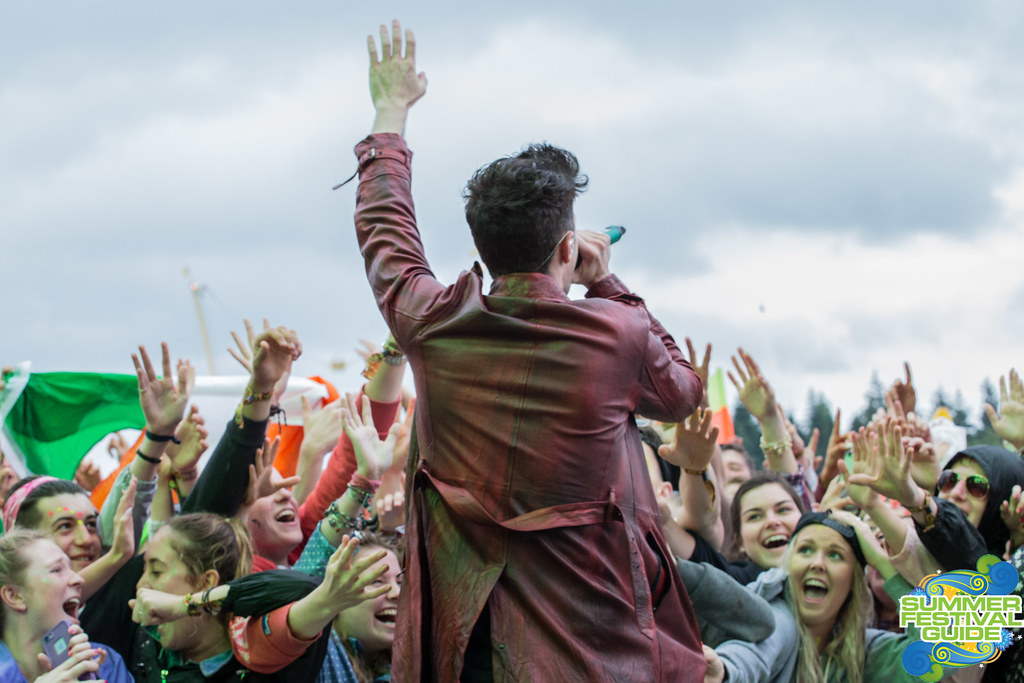 The Libertines, the first of the headliners to be announced when T in The Park released 2015’s line up, took over the main stage. The Libertines attracted a slightly different crowd, many excited to see the band play for the first time after their reformation. The band opened with hits such as Time For Heroes and Can’t Stand Me Now and played an encore including Up the Bracket and closing with Don’t Look Back Into The Sun. There seemed to be a great relationship between Pete Doherty and Carl Barât throughout the set which pleased the crowd.

Some of Scotland’s finest talent was on display throughout the weekend with acts like The Proclaimers, Admiral Fallow and headliners Twin Atlantic playing across the stages. Many people faced a tough decision on Saturday with Avicii and Twin Atlantic playing at the same time on separate stages. However it was safe to say whichever act was chosen would not have disappointed. Both acts offered an energetic, all singing, all dancing performance that not even the rain could hinder. The Swedish DJ, Avicii, offered a visually captivating performance with smoke, streamers and a spectacular lighting display. There was a rave taking place in Strathallan with people dancing and singing along to hit songs Hey Brother and Wake Me Up.

On the Radio One Stage, Twin Atlantic were offering heart filled seventh T in the Park performance. Amongst speaking of the honour and emotion the band were feeling to be headlining on a Saturday night, lead vocalist sam McTrusty also had the crowd sit on the ground and on his count stand up and go wild. With a wide range of new and old songs from what What is Light? Where is Laughter? to I Am An Animal, Twin Atlantic invested their hear and soul in the performance and had the audience captivated from start to finish. 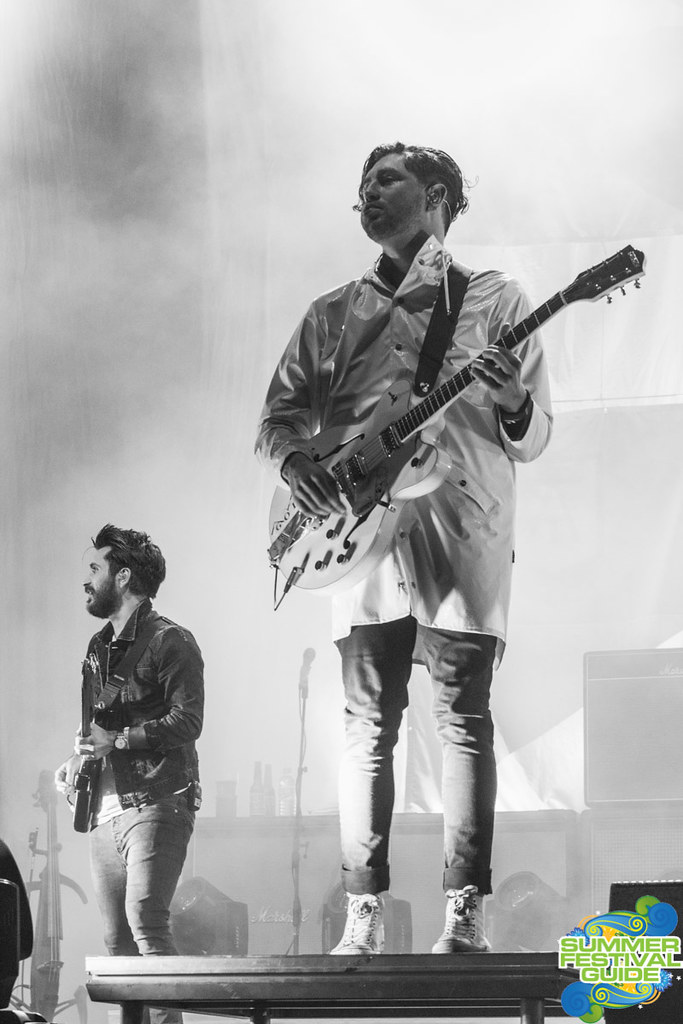 The third and final day of T in the Park was kicked off by acts such as Saint Raymond, The Parsonage Choir and Ella Eyre. The View followed James Bay, whose good looks and great tunes both attracted many goey eyed females. It was great to see the amount of people out to see the opening acts on the final morning of the festival.

The Main Stage and Radio 1 Stage were both displaying tough competition on Sunday evening. Catfish And The Bottlemen, Kodaline and Jamie T all offered an indie/alternative rock performance Radio 1 Stage. In tandem on the Main Stage there was a slightly different vibe, with the soul singing group Alabama Shakes giving a spectacular performance and had people in the crowed shouting ‘We love you Brittany!’.

The crowd were extatic to watch Paloma Faith perform. She played a variety of songs, from her first ever single, Stone Cold Sober to the more recent chart topping single Changing. Although there was much controversy over Paloma’s revealing outfit, the singer-songwriter put on a great visual performance with her quirky stage set up, opposed to the black back drop the crowd had gotten used to across the weekend. This performance was not the first time the crowd has got a glimpse of Paloma. The brit appeared at the front of the stage the previous day to watch her “idol” Labrinth play and later stated he made her cry “actual tears”. 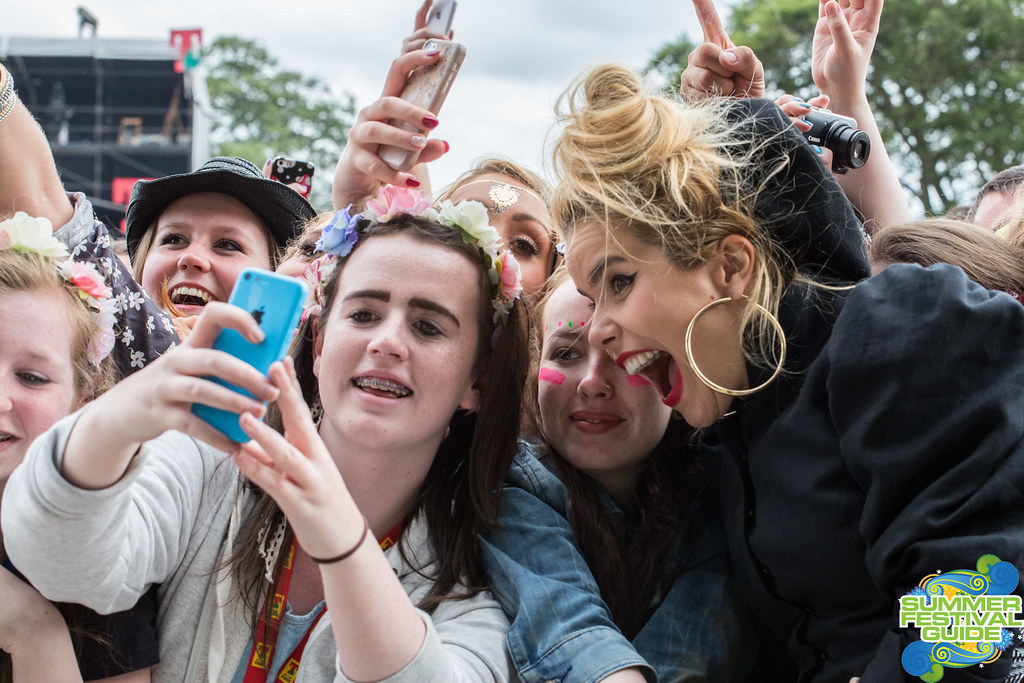 Stereophonics opened with Catacomb and a small flame display and continued to wow the crowd with all-time favourites such as Graffiti On The Train, Mr Writer and Maybe Tomorrow. Stereophonic are no strangers to T in the Park and have developed a reputation that is certain to attract a large crowd every time. Just when it seemed the energy could not be elevated any higher, Stereophonic kicked it up a notch and played finished the set with 2005 No.1 hit, Dakota. 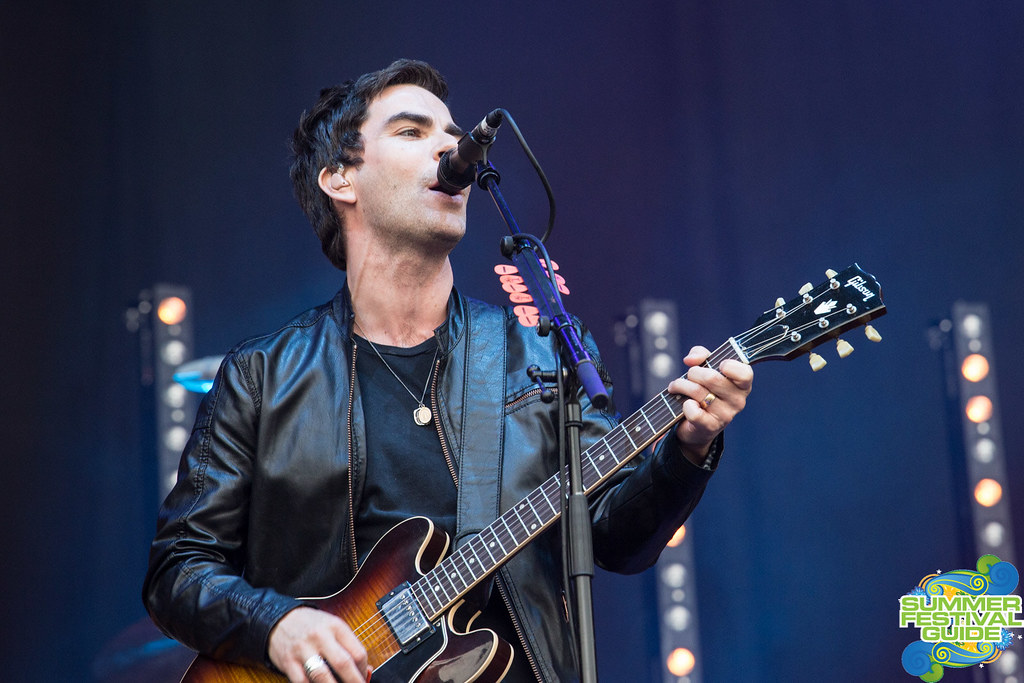 Noel Gallagher’s High Flying Birds were the grand finale on Sunday night. The band’s own songs got the crowd going, however it was the old Oasis classics that got the crowd going wild. People of all ages showed up to absorb the atmosphere and sing their hearts out. There was many an emotional Oasis T-shirt wearer when they played songs such as Champagne Supernova and The Masterplan. Noel communicated with the audience throughout the set and offered a more sincere performance many may be used to. The band closed with Don’t Look Back in Anger. A very fitting end to both the set and T in The Park, 2015.

No strangers to T in the Park, Twin Atlantic took to the stage for the seventh time on Saturday night. It is a well established fact that the band will never disappoint with their performance.However, Twin Atlantic take it in their stride to up their game every time. From BBC introducing, to the Main Stage, the band have grown with T in the Park and now represent everything the festival stands for. With Avicii on the main stage as a tough competitor, it was incredible to see the sheer mass of people that turned up in the pouring rain to watch Sam, Barry, Ross and Craig. The band started with a bang, firing canons of confetti into the crowd and opened with Edit Me. 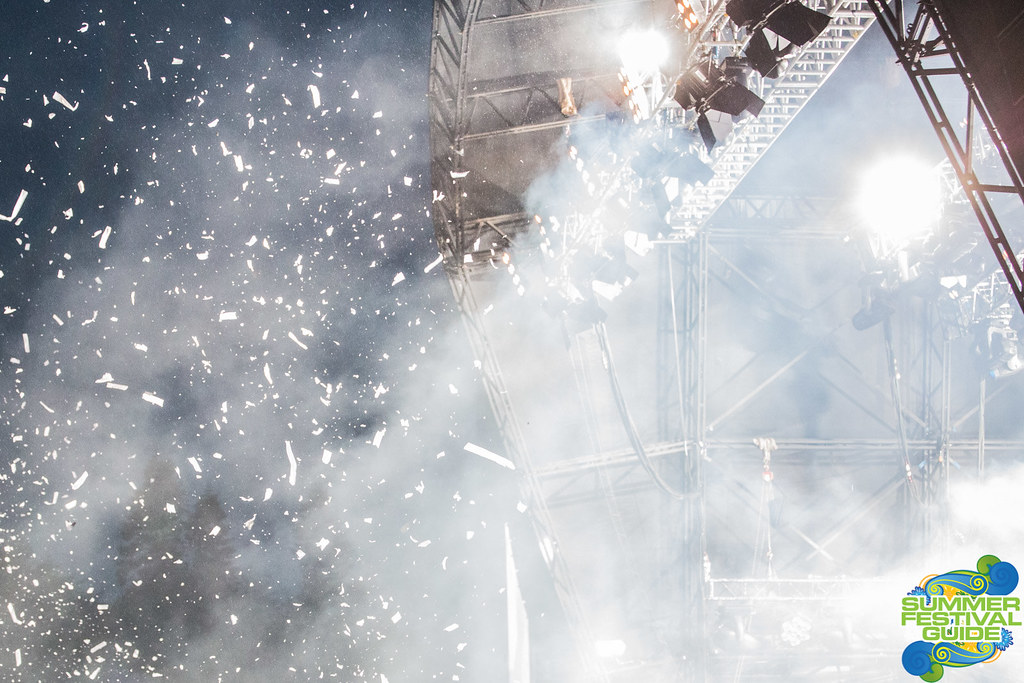 Being local Glasgow lads, Twin Atlantic could empathise with the crowd enduring the heavy rain. Lead vocalist Sam McTrusty expressed his gratitude that so many people had showed up to watch the band play and shouted to the crowd "We’re from Scotland, the rain doesn’t faze us, bring on the snow!"

Sam then decided, whilst performing I Am An Animal, that given everybody was already wet with the rain and dirty with mud he encouraged the crowd to sit on the ground and on his count, stand up and ‘go wild’. When this happened more confetti and streamers were blasted into the arena and the atmosphere in the crowd was one like no other.

After an energetic start with songs such as Make A Beast of Myself, Fall into the Party and Free, Twin Atlantic slowed tempo. Addressing the crowd, Sam spoke of the "honour” it was to headline the Radio 1 Stage on a Saturday night at T in the Park. He told the crowd he felt “so emotional” and thanked everyone for making the band feel as though they belong and for making T in the Park a “second home”. Tears were streaming in the crowd as they begun to play Crash Land. 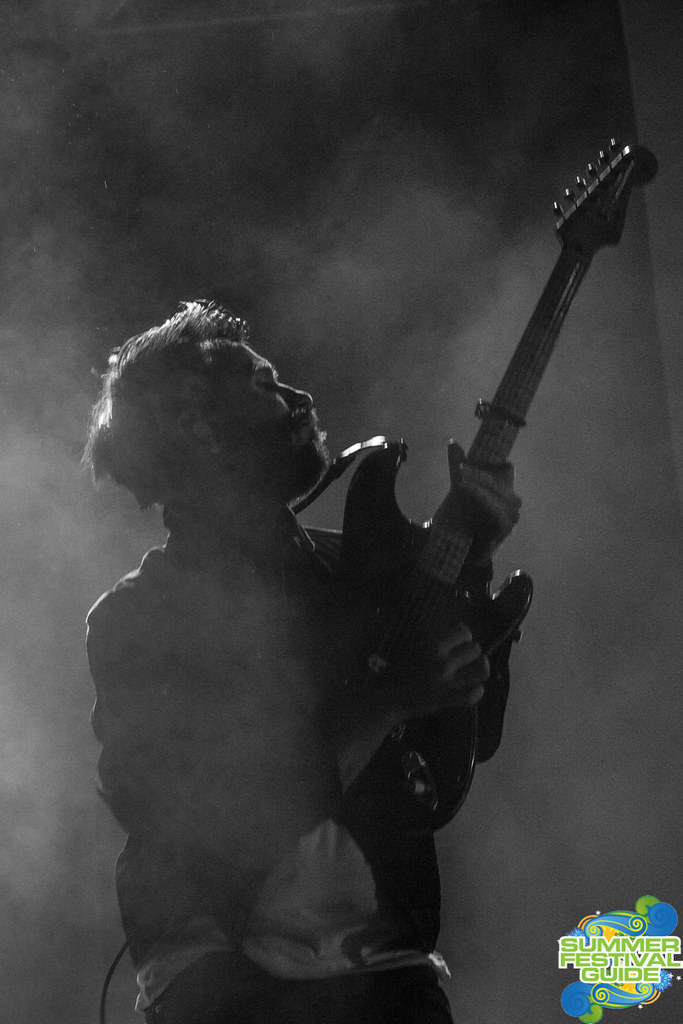 The band then picked up the pace playing old classics such as What Is Light? Where Is Laughter? – a song they performed for the first time at T in the park. The energy carried on to the end of the set and the atmosphere was electric. The band finished on the recent hit, Heart and Soul. It would be fair to say that the heart and soul of both Twin Atlantic and the Saturday night crowd was invested in the performance from start to finish.