Widely known as one of the wildest and most immersive experiences around, BoomTown Fair is one of the UK’s fastest growing music festivals. This year marked BoomTown’s seventh year in Winchester, selling out with a huge 38,000 people ready and rearing to explore the pop-up wonderland. 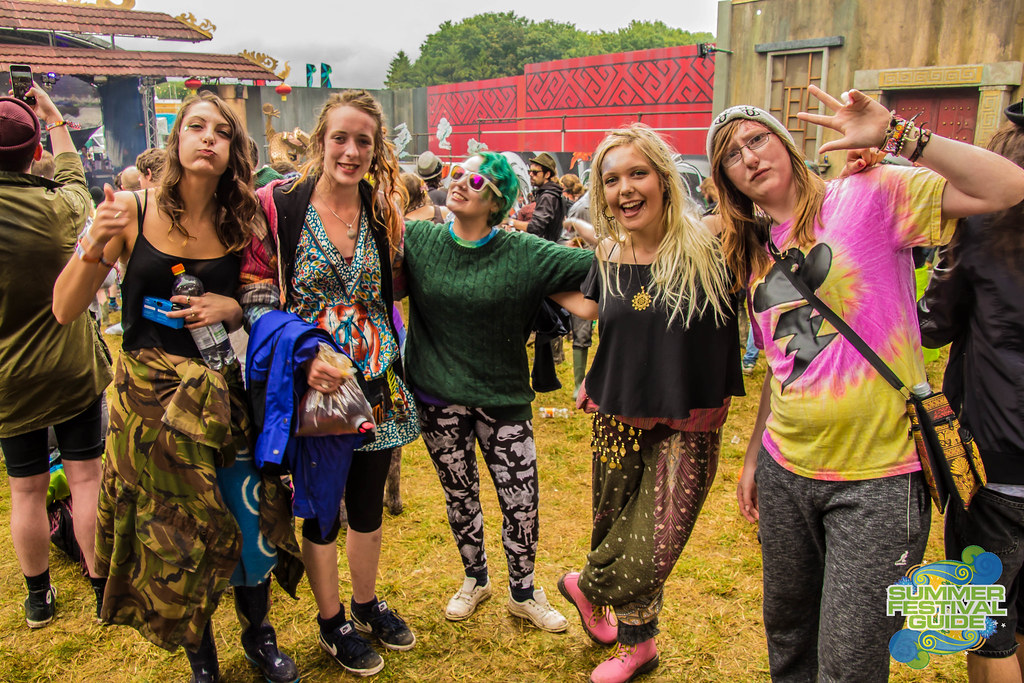 Having not seen many familiar names on the line-up and with this being my first BoomTown, I went into this experience pretty blind.I travelled to the site using public transport and ended up having one of my most valuable experiences of the whole weekend on the shuttle bus there. The atmosphere was intense, people were anxious to see the site appear over the hill, and talk was all about the weekend ahead. Every single person on the bus announced they had barely looked at the line-up, they couldn’t tell me who the ‘headliners’ were and they couldn’t tell me who to look out for. Instead they gave me the best advice I could have asked for: “BoomTown isn’t about the line-up, it isn’t about the headliners. Go in there and immerse yourself in the whole experience, think of the music as the soundtrack to your weekend and go wherever it takes you”. Most of them even favoured the smaller, quirkier areas over the main attractions and insisted I spend some time walking around. Taking my fellow BoomTown citizen’s advice, I did exactly this.

This pop-up city nestled in the rolling hills of Winchester is split into nine districts across three areas of the festival (HillTop, DownTown & Temple Valley). From Wild West to DSTRKT 5, China Town to Mayfair Avenue, everywhere boasts impressive set designs and strong narratives dating back to the festival’s origins in 2009. You find yourself being ushered along by “policemen” in OldTown, only to then stumble into Grandma’s Living Room and play bingo with other festival goers. Needless to say the weekend was laden with these surreal experiences in every district, leaving you feeling a little lost when all is said and done. 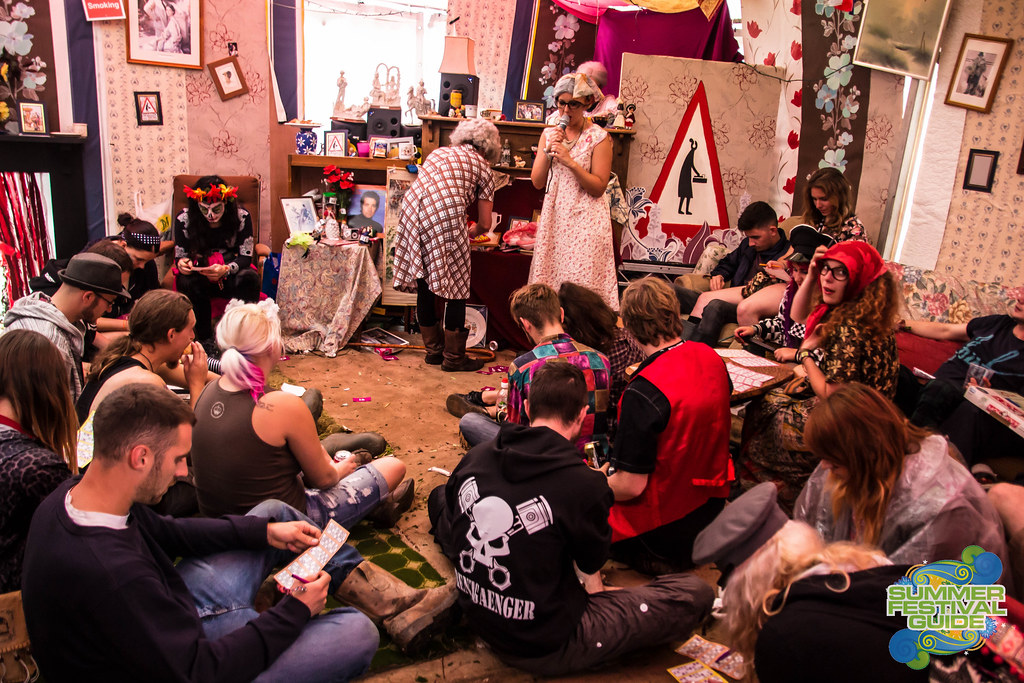 Somewhat hidden within these city walls are the stages. Like every district, each stage is themed depending on where it stands; each one an incredible set up. Some particularly impressive stages are the Lion’s Den; a huge temple themed stage that shoots fire when night descends, Bang Hai Palace; what can only be described as an oriental super palace lit from top to bottom with red and yellow neon lights, and Boombox; quite literally a giant boombox that glows as it pumps DNB through monstrous surround sound.

The weekend boasted some impressive musical names such as gypsy swing cyberpunks Caravan Palace who had the crowd jiving and jumping from start to finish. The global musical mastery that is Gogol Bordello tore up the Town Centre on Sunday night giving the BoomTown citizens something to remember. A particularly impressive set was Shy FX feat. Stamina MC at the Lion’s Den. Having seen this innovator of dance music before at a much smaller venue, it was incredible to see the transition from a sweaty tent to one of the main stages at BoomTown. Stood at the top of the hill where the Lion’s Den is situated, you could admire a sea of people bouncing, skanking and having the time of their lives. The atmosphere was electric as Shy continued to hit the crowd with classic after classic, Shake Ur Body being a particular highlight; smoke spilled from the mammoth stage and worked hand in hand with the strobes to create the ultimate raving experience. Other amazing acts across the weekend included: reggae master Stephen Marley, Ska-Dub-Punk group Dub Pistols (whom have actually won awards for their exceptional live performances), experimental Drum ‘n’ Bass multi-instrumentalist Squarepusher, with strobe lights to match his obscurity. Soulful blues and roots gang John Butler Trio provided a much needed break from the manic happenings elsewhere, while Mali’s Songhoy Blues stole my heart with their lively desert blues performed with upmost sincerity. More notable names were: The Carny Villains, Rubber Duck Orchestra, Born on Road Showcase and Noisia. 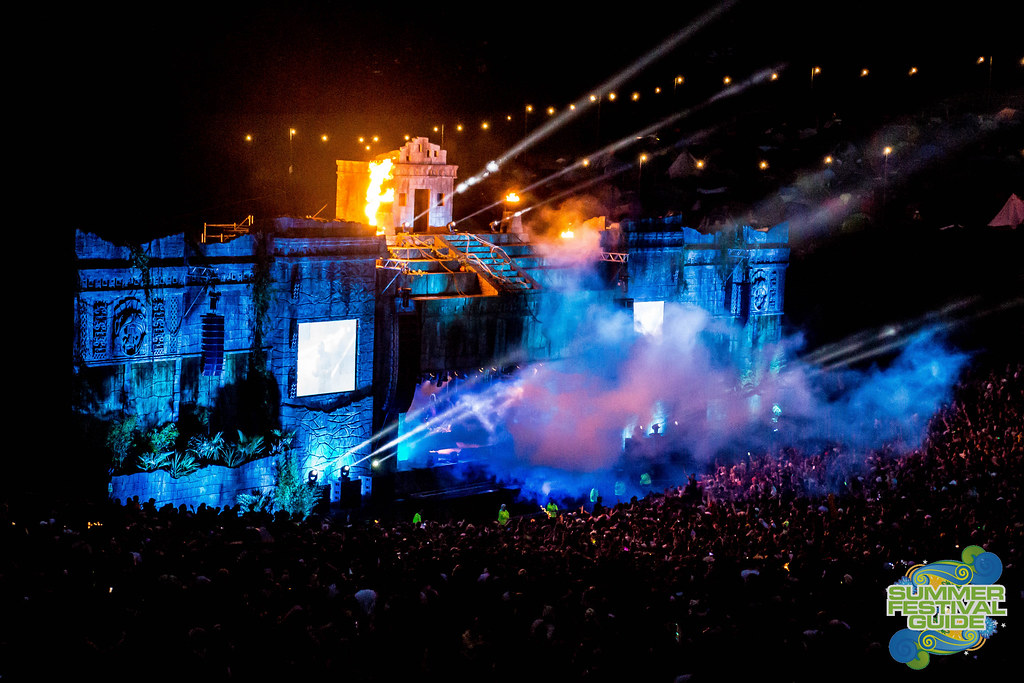 Some of my fondest memories of the weekend were visiting all of the side attractions that make their way to the festival. Long pathways lined with gypsy caravans and tipis, inside people were receiving palm readings, massages, yoga classes, wood crafting and wicker basket making lessons; the list was endless. Policemen can be seen taking part, staring at a black and white spiral wheel experiencing what can only be described from his facial expression as a sober acid trip. These side attractions keep the drunken masses smiling and add a little something special to the festival; there are vibes of a buzzing community and a sense that most of the vendors know each other from elsewhere. Its places like this that for me, make a real festival.

Wilderness festival's fifth season awaits us this year, proving their ambition to reignite the arts with the lineup announcement. Rare and innovative musician Björk will attend as one of 2015s headliners with Wilderness expressing how blessed they are to host such an inspiring atrist:

"A true original, the breadth and richness of her art is breath-taking. She opens her heart in the name of art."

With the release of Vulnicura in January and her international portfolio of breathtaking performances, crowds at the main stage will be sure not the forget Wilderness 2015.