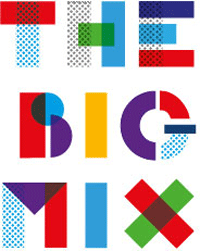 It’s back, and it’s bigger than ever. The Big Mix festival returns on Saturday 1 – Sunday 2 June to take over Shoreditch with its unique mix of live music, comedy, cabaret and much, much more, all in aid of Macmillan Cancer Support.

For five years the event has brought the best artists to you for an excellent cause, with performers and support from acts including Tim Burgess, Edith Bowman, Frank Turner, Chris Addison and more. For its fifth birthday The Big Mix is going all out, spreading this summer’s festival over a whole weekend and some of East London’s most iconic venues.

Full weekend tickets grant exclusive access to all of the artists and entertainment taking place at Rich Mix, The Queen of Hoxton, The Book Club and Drunken Monkey – from bands and DJ’s to musical bingo and stand up comedy.

‘The Big Mix presents….’ tickets are fresh on the scene this year – a series of one-off, breakaway performances at Cargo, Old Blue Last and Hoxton Hall to showcase some of the hottest musicians of the moment.

The festival will also host pop up stalls, street food, more live music and exclusive discounts for all ticket holders at the infamous BOXPARK.

COMEDY
AT THE QUEEN OF HOXTON

This is a long-standing and much celebrated part of The Big Mix, last year headlined by Chris Addison, in 2013 promising more of the same top quality live comedy from ne and established acts. Although this year’s headliner is being a kept a closely guarded secret, in true Big Mix style, some names have been announced.

Inventor, illustrator and comedian Sam Fletcher’s highly energetic stand-up was nominated for ‘Foster’s Best Newcomer’ at the Edinburgh Festival last year, The Independent declaring, “no other show has made me smile so much this year”. Sam has said on performing at The Big Mix, “to be doing a gig that will ultimately help tackle cancer is incredibly gratifying. Usually I’m doing them to help alcoholic, struggling comedy promoters.”

Kooky character actor Holly Burn was recently named as The Independent’s ‘One To Watch’ for comedy in 2013, described by The Radio Times as being, “like a holiday camp run by clowns and deviants… there’s plenty of fun to be had.”

Sharp-tongues French stand-up Marcel Lucont enjoys nothing more than belittling his overseas cousins, having recently appeared on Russell Howard’s Good News, he’s also had the support of Time Out who quoted him as a, “wonderful French wit… superb stuff… his elegant, sardonic turns of phrase are an utter joy.”

About performing at The Big Mix, Marcel has said, “I'm not going to pretend that those in my profession are as practically helpful in the world as doctors or scientists… sometimes medicine is the best medicine… but I do believe comedy enhances people's existence, and I'm happy to be involved with this great cause, set up for those whose lives are being tragically cut short.”

Tiffany Stevenson has been a regular guest on the likes of 8 Out Of 10 Cats and Never Mind The Buzzcocks, also appearing in Dizzee Rascal’s ‘Dirty Cash’ video, but it’s her stand-up show that prompted The Scotsman to say, “if you’re at all into comedy, this is a must see show.”

Having recently presented ITV2’s I’m A Celebrity… Get Me Out Of Here! Now!, Rob Beckett is an excitable comic who’s fast becoming apparent on everyone’s radar, and undoubtedly a star of the future.

The Big Mix is also welcoming back this year by popular demand, Jess Indeedy’s Music Bingo. Join American presenter Jess Indeedy and the ever-eclectic DJ Helix for their famously addictive musical bingo. Cross songs off your bingo card as you hear them, and compete to win some amazing (and kitsch!) prizes!

Soho Shorts have been announced as a film partner of The Big Mix, adding yet another facet to this incredible arts festival. They will program 90 minutes of short films at Hoxton Hall from 4:00pm – 5:30pm.

Established by Rushes Postproduction Ltd, Soho Shorts is a not-for-profit organisation celebrating the wealth of talent working across all genres of short film including live action drama, documentary, animation and music video. They aim to encourage and create arenas introducing creativity, new/established practitioners and those partners that can help assist in supporting and furthering people’s ideas.

Since 1999 they have facilitated and celebrated the work of newcomers and established filmmakers was promoted by screening work at cinemas, screening rooms and cafes throughout Soho and London’s West End. In conjunction with these programs they hold a large variety of debates, networking sessions and discussions on all aspects of media and filmmaking.  www.sohoshorts.com.

CABARET
AT THE BOOK CLUB

In true Bix Mix style, a full program of cabaret will be on offer at The Book Club, featuring;

Lady Beau Peep  – A burlesque chanteuse, seasoned comperé and producer. A sassy songstress with a winning combination of glamour, dance and song infused with seriously cheeky humour! She has entertained audiences in some of the best venues in Europe, with residencies in London venues, and appearances at Koko's in Camden, Home House, and The Groucho Club, to name a few. Lady Beau Peep has entertained at numerous private/corporate parties, weddings and festival gigs around the UK, St Tropez, and Belgium.
Famous clients include, the Arctic Monkeys, Ron Dennis (McLaren), Ivana Trump, Buzz Aldrin and Joan Collins.

Madame Galina – From stints entertaining the troops in Iraq and Afghanistan, a private performance for Her Majesty The Queen, the Olivier Award winning show C'est Barbican, two series on Channel 4, Ruby Wax Does The Business on the BBC, a Channel 4 pilot at the request of Janet Street-Porter…. Madame Galina wows audiences wherever she goes with her extraordinary dancing and acid tongue. She has performed sell out shows at the Edinburgh Festival and nearly every major arts festival in Europe and has recently entertained the troops in Iraq and Afghanistan giving her the title ‘New Forces Sweetheart'.

Chivaree Circus (Edward Gosling) – is a multi-skilled juggler and object manipulator. He co-founded Chivaree Circus to create exciting immersive events and collaborates with various circus and cabaret nights across London. He writes for various publications including This Is Cabaret. He really likes hats.

Lady Catalina – This burlesque star is the choreographer and front woman of ‘The Cream Tease’ show. “A body more killer than Jack the Ripper and Charles Manson combined”- Bizarre magazine. “Lady Catalina is a hot Burlesque Goddess” – Courtney Love

Blues & Burlesque – Pete Saunders -Live music Cabaret are a cabaret group formed 4 years ago by piano player Pete Saunders. Working a rich vein of blues jazz and standards he has a deep gritty unaffected voice and a rhythmic piano style.

Harlow Heartbreak – With a love of the darker elements to music and theatre she has combined these with sarcasm and classic burlesque costumes to create unique stage acts with a soundtrack to modern music.

Magi (Thomas Wood) – Magician and Clown. As well as being a fantastic close up magician, Magi has been working the comedy circuit in London for the past 18 months. Wonderfully funny and original stage performer, utilizing both his skills in magic and physical comedy.

Adam Music Tenor – As well as Opera & Classical Music, Adam also loves to sing Jazz and Swing classics as well as songs from the show. Always keen to try new things, have fun and bring classical music to a wider audience – Adam often performs as an Operatic Busker; having sung in the legendary it inside Covent Garden Piazza and regularly Notting Hill, St Christopher's Place and on London's Southbank.

Sukki Singapora – Crowned "one of the Most beautiful women in Burlesque" (Female First) and "Ambassador of Burlesque for Singapore" (Chwennyland), Sukki gained phenomenal global recognition by being the World's first Professional Burlesque Performer from Singapore, capturing the imagination and heart of the nation. An international burlesque superstar who is often booked for world-class shows and  Sukki is known for her lavish and elaborate performances and costumes, which she intertwines with a unique bollywood-influenced style.

Plus: Kitten Von Strumpet and Cherry On Fire also due to appear.

As well as having a market and food stalls, BOXPARK shops will also be offering festival goers a discount over the weekend, and there’ll also be a small music bill.

THE BIG PRIZE DRAW
AT BOXPARK

Enter THE BIX MIX PRIZE DRAW to help raise even more cash for Macmillan and for the chance to win some fantastic prizes.

The star prize is 2 places volunteering on The Great Project’s award winning Great Orangutan Project at the Matang Wildlife Centre in Malaysian Borneo, including flights and accommodation.

Volunteers join the team to play a role in animal husbandry and rehabilitation for orangutans at the center as part of their journey to be released back in to the wild.

Winners have 3 months to book their trip and until the end of June 2014 to travel. This prize has been donated by our sponsors, The Great Projects, a company that organise wildlife conservation projects and tours with endangered species all over the world.

Other prizes include an IPAD 2, and a London photography course worth £200. There is also lots of meals and fitness passes to give away. Tickets are £5 / 3 for £10. All money goes to Macmillan Cancer Support and the draw will take place at the festival.